It's time to restore the vote to people who are incarcerated.

By Tanekwah Hinds, Racial Justice Community Advocate at the ACLU of Massachusetts

Nineteen years ago, Massachusetts blocked people incarcerated in state prison from voting in statewide elections. The next year, Governor Cellucci doubled down on voter disenfranchisement, barring incarcerated people from voting in presidential and municipal elections, too. Our state’s history of disenfranchisement is shameful, and still prevents too many people in the state from having a say in who governs them.

That’s why the ACLU of Massachusetts supports Mass POWER, and the effort to restore the right to vote. This fall, Mass POWER is collecting signatures for a potential ballot initiative that would amend the Massachusetts Constitution to restore the right to vote for people currently incarcerated on felony convictions. This grassroots effort is in the early stages – and backed by a strong coalition of organizations, including the Emancipation Initiative, Families for Justice as Healing, Harvard Prison Divestment Campaign, and the National Council of Incarcerated and Formerly Incarcerated Women and Girls.

Massachusetts is the most recent state to disenfranchise incarcerated residents. People imprisoned in Massachusetts state prison could vote until 2000, when a constitutional amendment stripped incarcerated people of their right to vote. Currently, over 8,000 people are denied the right to vote in Massachusetts because they are imprisoned. With serious racial disparities across the criminal legal system, 58 percent of people impacted by this constitutional amendment are people of color.

This work is not new for the ACLU: We know that voting rights are the cornerstone of our democracy, and are among the fundamental rights for our civil liberties. In 2018, the ALCU of Florida joined coalition efforts to restore voting rights to 1.4 million Floridians. In a historic change, Florida voters went to the ballot and chose to amend their state constitution to restore voting rights to most people convicted of felonies once they've completed their full sentences. The passage of Amendment 4 marked a remarkable boost for voting rights and curbed one of the worst forms of discrimination against people living with a record.

A fully participatory democracy is an effective democracy. It’s time Massachusetts join our neighbors in Vermont and Maine, and restore the right to vote for people who are incarcerated. To get involved, sign up to collect signatures and follow the campaign on Twitter, Facebook, and Instagram. 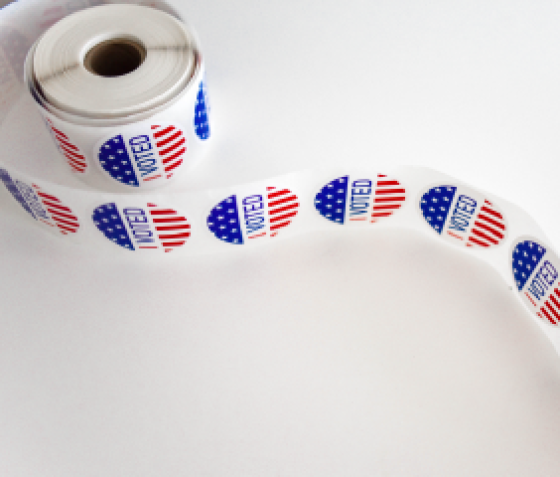 Statement of the ACLU of Massachusetts on Boston early voting proposal

ACLU of Massachusetts trains hundreds of poll monitors for general...

Voting rights are indispensable, even in a pandemic