What's legal (and what's not) when marijuana legalization takes effect on December 15?

On Thursday, December 15, marijuana officially becomes legal for adults 21 and over to use recreationally in Massachusetts due to the passage of Question 4 on November 8.

What does this mean for Bay Staters?

The law, as it now stands, states:

Marijuana is illegal for youth under the age of 21—but it is still a civil infraction instead of a crime. This means people between 18 and 21 years of age will have their marijuana confiscated and be given a ticket. People under the age of 18 will have their marijuana confiscated, have their parents or guardians notified of the infraction and be issued a ticket with a requirement to attend educational classes on drug dependence.
Today, sales and trafficking remain criminal offenses until regulations on legal sales are created. Under the current law, licenses for marijuana businesses should be awarded by January 2018.
This is the first step in the creation of a well regulated system for adult marijuana use in Massachusetts.

Marijuana is still in a "gray area" within the law, but common sense can offer guidance through this time.

Young people should not use marijuana at all.

Be safe, do no harm and be responsible. 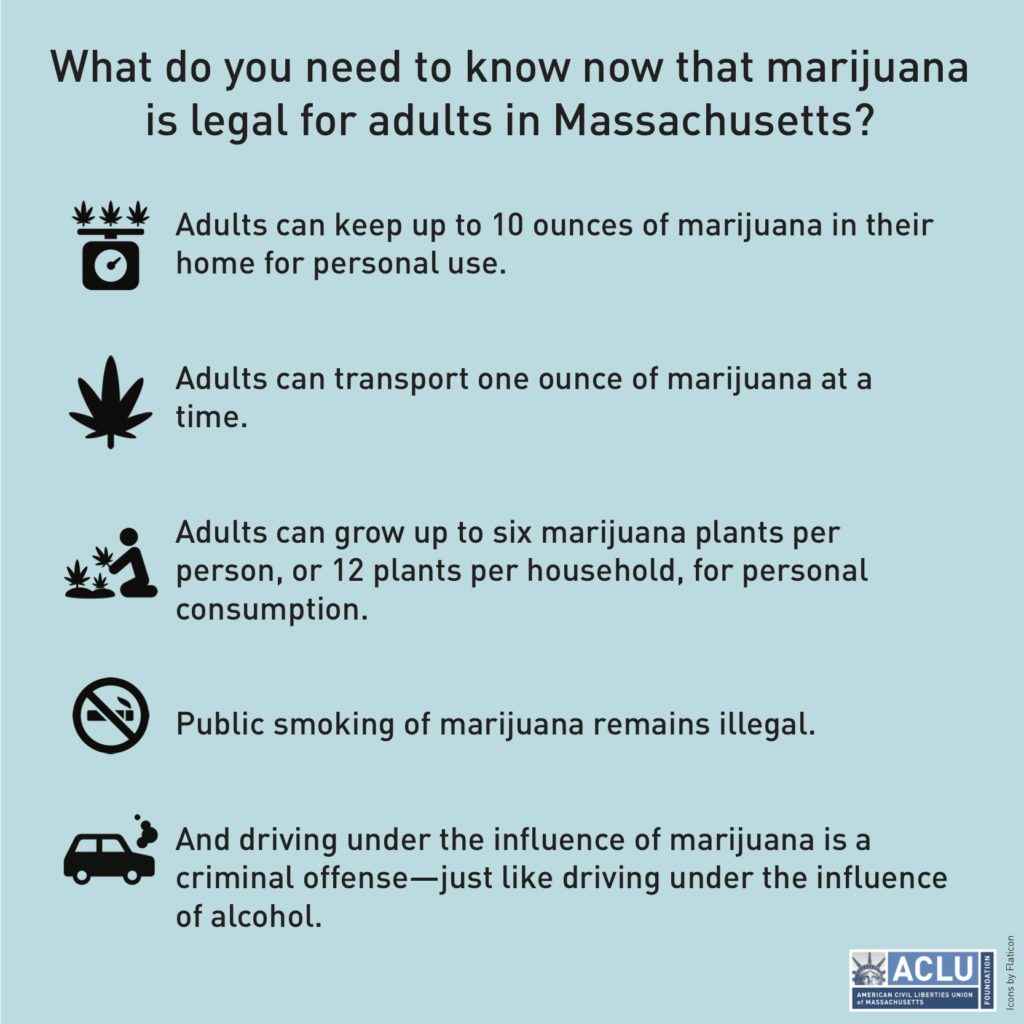