The Entire Criminal Justice System Is Tainted, Not Just The Dookhan Convictions

What state saddled its residents with 23,000 wrongful drug convictions, then dedicated millions of taxpayer dollars and years of public labor opposing efforts to get justice for the wrongfully convicted? Surprise, it’s progressive Massachusetts.

Massachusetts is seriously regressive on criminal justice issues. Despite massive scandals at the Hinton and Amherst drug labs and glaring racial inequities, our elected leaders too often fail to acknowledge what the criminal punishment system is actually doing — or to whom or how. But it doesn’t have to be this way. In the wake of two historic drug lab scandals, resulting in tens of thousands of tainted convictions and ruined lives, we in Massachusetts have an opportunity and obligation to fix the system.

Thus far, the opposite has happened here in the Bay State. Despite widespread knowledge of the abuse by Annie Dookhan at the Hinton lab and Sonja Farak at the Amherst lab, too many of the state’s top movers and shakers have ignored the problem. It took repeated legal challenges by the ACLU, the Committee for Public Counsel Services (CPCS), and lawyers at Fick & Marx and Foley Hoag to focus official attention on the extent of injustice arising from the drug lab scandals.

After years of foot-dragging by prosecutors, the Massachusetts Supreme Judicial Court in January ordered district attorneys to submit lists by April 18, 2017, of convictions they will slate for dismissal as a result of tainted evidence in the Dookhan scandal. The prosecutors reportedly will seek to vacate the vast majority of these cases.

If you think that is shocking, consider this: Over an 8-year period, roughly one in three drug cases prosecuted by Boston’s Suffolk County District Attorney Dan Conley may have involved tainted evidence.

An ACLU data scientist analyzed the records and discovered that 62 percent of Dookhan-tainted convictions were for drug possession, and over 90 percent were prosecuted in low-level, district courts. These facts contradict assertions by the state’s district attorneys that public safety required the preservation of the tainted convictions.

As we get closer to that April 18 day of reckoning, the people of Massachusetts should know that while the corrupt chemist from the Hinton lab has already been convicted, incarcerated, and released, the rest of the justice system has done very little to address the fundamental failures that allowed the so-called “rogue” chemist to violate so many people’s rights for so long.

Most media attention has focused on Dookhan, while the role of the system around her has barely been discussed. It was that system that enabled her abuse, covered it up, and then fought to preserve the convictions that stemmed from it. So as you read media coverage and listen to elected officials talk about the drug lab crises in the coming weeks, remember the following context. 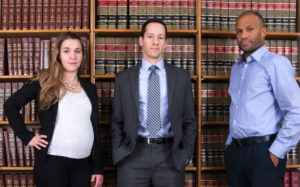 First, the soon-coming dismissal of most of the tainted Hinton lab convictions would not have happened without nearly five years of litigation by ACLU, CPCS, and pro bono attorneys. The district attorneys and the rest of the system were prepared to let these tainted convictions stand, even though that would have meant that thousands of victims of the crisis — people who have to live with the collateral consequences of these convictions on their records — would continue to be victimized by the state’s egregious misconduct for the rest of their lives.

Worse yet, prosecutors repeatedly suggested that the Dookhan scandal had been solved, when in truth there were always over 20,000 convictions that had never been challenged in court.

Fortunately, beyond the public-interest attorneys who doggedly pursued this case, there were other heroes: the justices and court personnel who ruled in favor of justice as well as the community activists, among them defendants victimized by the misconduct at issue, who have pushed for systemic reforms in the face of demeaning rhetoric about the supposed character flaws of people caught up in the war on drugs.

Second, the crisis is not the result of one bad actor. Annie Dookhan, the “rogue” chemist at the center of this debacle, was free to falsify drug lab results for eight full years because the system is designed to facilitate convictions, while simultaneously being utterly ill-equipped to either provide equal justice to defendants or restore justice to the wrongfully convicted.

In response to the outrageous abuse at the Hinton Lab, and now a second drug lab scandal involving a second chemist and thousands more tainted convictions, some officials are calling for building better drug labs. But we need to do more: first, create a formal process for investigating wrongful convictions, and second, end the war on drugs. 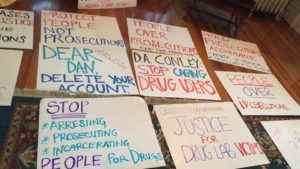 Massachusetts leaders would do well to look to places like Texas as models for how to own up to mistakes and quickly set about fixing them by exonerating people wrongfully convicted of drug crimes. Right now, Attorney General Jeff Sessions is planning to undo Obama-era changes that began to shift federal forensic science authority from law enforcement to scientists. Given these moves and the recent scandals at Massachusetts labs, it’s more important than ever for state lawmakers to take swift action to create a neutral body responsible for upholding scientific standards and investigating wrongful convictions.

Ultimately, our state leaders must match rhetoric about the war on drugs with action and stop arresting, prosecuting, and incarcerating people for drug offenses. Everyone acknowledges that substance abuse requires a public health response and will never be solved by chains and cages. Despite this widespread recognition — and ample science to back it up — police continue arresting people over drugs, district attorneys continue prosecuting them, and jails and prisons continue caging them.

The recent drug lab scandals in Massachusetts are the inevitable result of a system that is dedicated to punishment, instead of healing. If there’s one takeaway from the breathtaking sight of prosecutors dismissing tens of thousands of tainted drug convictions this week, let it be that those convictions never should have been pursued in the first place.