A historic opportunity to change the criminal legal system 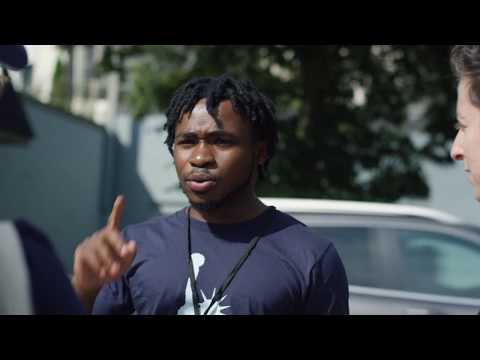 It’s no wonder, then, a poll last summer showed that nearly 4 in 10 Massachusetts voters didn’t know district attorneys are elected.

That poll laid the foundation for the ACLU of Massachusetts’ “What a Difference a DA Makes” campaign. With a network of partner organizations, the campaign set out to inform Massachusetts voters about the enormous power district attorneys wield and how to hold them accountable to the communities they serve.

The campaign created regular video and blog content to illustrate the every day impact of district attorneys. We hosted court watch trainings to empower volunteers to go into courts and watch firsthand what their local district attorney’s role in the courtroom means for their community. We were in Dorchester, Pittsfield, and Lexington for public education forums, meeting with people to share the important role district attorneys play in determining the fairness and effectiveness of our criminal legal system. In contested districts like Suffolk County and Middlesex County, we hosted candidate debates and forums – including one in the South Bay House of Correction where people most impacted by the Suffolk County District Attorney’s Office asked candidates questions. Now, we’re knocking on doors and making phone calls – not for any individual candidates – but to let people know that they are the ones who can redefine the role of a prosecutor.

For the first time in 36 years, voters in five Massachusetts DA districts again face a choice at the ballot this fall.

A lot has changed in the last three decades: hairstyles, technology, popular music. Another change? There’s been a move – especially since the start of the failed war on drugs, also in the early 1980s – for criminal justice reform. Over-incarceration, glaring racial disparities in our criminal legal system, and little accountability for law enforcement officials have provoked conversations about repealing mandatory minimums, ending cash bail, and creating transparency in DA offices. Nationally, new district attorneys in Philadelphia, Chicago, St. Louis County are rethinking the so-called “tough-on-crime” policies. In Massachusetts, polled voters broadly agree that the Commonwealth needs to fix its criminal justice system. Fewer than half said they think the state’s criminal justice system is working, with huge majorities believing that it works differently for different people.

District attorneys are accountable only to us – the public and voters. There’s a lot we can do to hold them accountable to the values that matter to us: We can court watch, write letters to the editor to alert neighbors to DA decisions, demand transparency, request community meetings, and engage our neighbors in action. But most importantly, a fairer criminal legal system begins with our vote for district attorney.

For the first time since 1982, residents in several Massachusetts districts are involved in a public discussion about where district attorney candidates – and incumbents – stand on issues of over-incarceration, racial disparities, mandatory minimums, cash bail, transparency, and more.