The Threat to Voting Rights vs. the Idea of Democracy 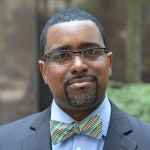 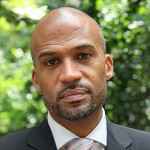 This is the third blog—written by our staff attorney Carl Williams and Racial Justice Project director Rahsaan Hall, with illustration by legal fellow Hallie Pope—in our series honoring Black History Month. Read the previous blogs, Rights vs. Resistance and Getting Schooled.

Recent years have seen many wonderful advancements in voting rights. For instance, several states have adopted automatic voter registration. Whenever any eligible voter interacts with her state's department of motor vehicles, she will be automatically registered, increasing the number of registered voters. Another state has attempted to enfranchise entire segments of the population who were previously locked out of the system because of prior felony convictions.

Even in Massachusetts, there have been significant advancements as a result of election-modernization legislation passed last year. These improvements include online voter registration, pre-registration for 16- and 17-year-olds, post-election audits and, most importantly, early voting. Voting rights organizations and civic engagement groups have even challenged local municipalities to offer increased early voting hours and locations. 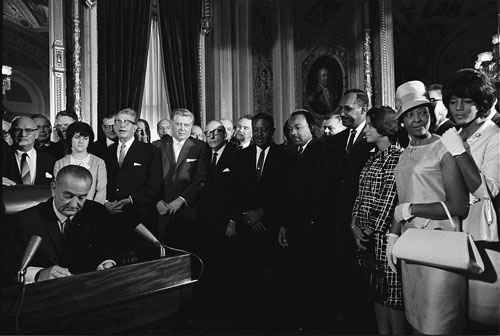 President Lyndon B. Johnson signs the Voting Rights Act of 1965 on August 6 while Martin Luther King and others look on.

With a significant election right around the corner, we can't let this progress lull us into a false sense of electoral parity. A fleeting glance of this seemingly bucolic voting utopia belies the scary reality that threatens the fabric of our democracy. Voter suppression efforts that harken back to the days of the Jim Crow era creep ahead like an army of the undead. Didn't we stop this threat? Didn't we secure the sanctity of the vote? Didn't the Voting Rights Act of 1965 (VRA) decapitate systemic racism and disenfranchisement?

Unfortunately not. Even after Congress enacted the VRA, assaults on voting rights continued. Thus the VRA, which was initially only authorized for five years, was reauthorized again in 1975 for an additional seven years. In 1982 Congress realized that no matter what protection the VRA provided, threats to the Black community, communities of color and the disabled would not die. So Congress renewed the VRA for 25 years in 1982 and again in 2006, with Congress under Republican control.

The haunting vestiges of America's discriminatory past were not mere apparitions; they were tangible, unsightly, putrid threats that continued to emerge. They included accounts from countless citizens and advocates of suppression efforts. They could be found in testimony about the Mississippi legislators who opposed an early '90s redistricting plan that would have increased the number of Black majority districts, referring to the plan publicly as the "Black plan" and privately as the "nigger plan." They emerged in 1993 when Washington Parish Louisiana attempted to reduce the impact of a majority-African American district by immediately creating a new at-large seat to ensure that no white incumbent would lose his seat.

There was also Kilmichael, Mississippi's abrupt 2001 decision to cancel an election when "an unprecedented number" of African Americans ran for office. And in 2004, Waller County, Texas attempted to reduce early voting at polling places near a historically Black university while threatening to prosecute students for "illegal voting," after two Black students announced their intent to run for office. Many of these incidents were prevented or addressed by Section 5 of the VRA, which required covered jurisdictions to seek preclearance before implementing changes to their election laws. Although jurisdictions covered under Section 5 of the VRA only made up 25% of the United States population, they accounted for 56% of the litigation filed under Section 2 of the VRA.

With such broad and bipartisan agreement on the need for the Voting Rights Act, case closed, right?

Wrong. The Supreme Court recently decided that the history of discrimination and voter suppression and the track record of disenfranchisement could no longer justify the formula used to determine Section 5 coverage. In the hours, weeks and months following the Shelby v. Holder decision, scores of jurisdictions dug up their vote-suppression initiatives and unleashed them on the public. Texas reintroduced a state voter ID law that was previously rejected by federal courts as the most discriminatory measure of its kind in the country. Texas also reintroduced redistricting maps that a court had deemed intentionally discriminatory.

In the last two presidential elections, 70% of African Americans cast early ballots. So what did Ohio, Georgia and North Carolina do? They eliminated early voting. Alabama enacted a strict voter ID requirement and then proceeded to close 31 DMV offices, mostly in Black communities. Florida purged their voter rolls for people suspected of being "non-citizens" 90 days before the election, an act previously prohibited by Section 5.

Despite the horror of these acts of voter suppression that won't seem to die, there are those who fight to keep the idea of democracy alive. Civil rights martyr Medgar Evers once said, "You can kill a man, but you can't kill an idea." These remarks resound deeply in the work of legislators who have filed amendments to restore the VRA. Lawsuits have also challenged the flood of new voter ID laws, elimination of early voting hours and proof of citizenship requirements.