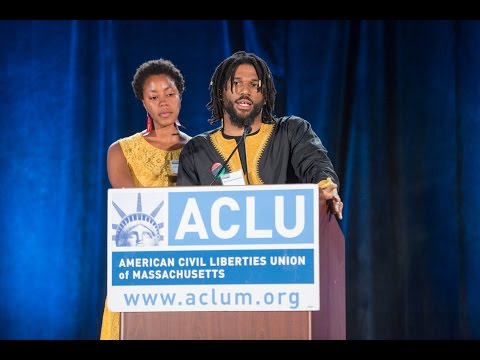 Boston public school teacher E. Christiaan Summerhill used to teach at English High. However, earlier this year he was "excessed." That means he has had to leave his position at English to teach elsewhere in the system.

The reason, according to the Boston Globe, seems to be Christiaan's stance on issues of racial justice.

Christiaan stood up and took to the streets as part of the #BlackLivesMatter movement. In December, police arrested him and his wife Addis Summerhill and tried to charge them with disorderly conduct and trespassing. I represented them on behalf of the ACLU of Massachusetts, and the Summerhills chose to fight the case. In February, a judge in Boston Municipal Court found the charges against them to be without merit.

Discussions of this—and showing a video of his own arrest—led to Christiaan's departure from his position at English High. But Christiaan has chosen to fight again. This petition calls on Boston Public School officials to publicly apologize for their actions.

Christiaan continues to fight racism and to use each moment as a teachable one.

Carl Williams is a staff attorney with the ACLU of Massachusetts.