This Black History Month blog series—by our staff attorney Carl Williams and Racial Justice Project director Rahsaan Hall, with illustration by legal fellow Hallie Pope—will explore various aspects of Black folks’ struggle for freedom through the lens of rights and resistance. This struggle is premised on the belief that Black folks’ rights have never been honored unless we fought for them. Whether it was through the courts or through uprisings, there has always been resistance to oppression. Now, many of the legally obtained gains in civil rights are being eroded by conservative legislators and courts. At the same time, we are seeing a rise in the number of resistance movements with people demanding justice, equity, and freedom from state-sanctioned violence.

How many lawyers does it take for Black folks to get free? This question rests on a fallacy. It implies that the ability of Black people in America to be free from oppression relies exclusively on the work of lawyers. But historically, there have been two general approaches to the struggle for racial justice: one within the legal system, and one beyond it. Although lawyers and legislative/policy advocates are, and have always been, essential members of the struggle, the power they wield is limited by legal precedent and ever narrower interpretations of the law as it relates to race. It is the demonstrations, agitation, and uprisings in the streets of America that force us to confront injustice and that serve as the fulcrum to leverage legal and societal change.

Legal and legislative advocacy has secured many significant civil rights advancements. Whether it was determining that restrictive housing covenants were unconstitutional in Shelley v. Kraemer, or declaring “separate… [is] inherently unequal,” in Brown v. Board of Education, the courts have transformed the American landscape.

Even less heralded legal victories enabled civil rights lawyers to engineer impact-litigation strategies that improved the conditions of Black people throughout the country. Affirming the constitutionality of the Civil Rights Act of 1964 in Heart of Atlanta Motel Inc. vs. US, the Supreme Court ensured that private discrimination in public accommodations would be outlawed. It goes without saying that legislation like the Civil Rights Act of 1964, the Voting Rights Act of 1965, and state anti-discrimination statutes had and continue to have an immeasurable impact on lives of Black people in America.

However, over time court decisions have turned back the clock on civil rights advancements. Using the same Civil Rights Act that created opportunities after undue generations of discrimination, the Supreme Court in 1978 threw out minority admission quotas in Regents of the University of California v. Bakke. Efforts to create Black wealth through city business contracts were hampered by the Court’s rulings in City of Richmond v. Croson and Adarand Constructors v. Pena, which invalidated the minority business set-aside program. Most dramatically, the crown jewel of the civil rights movement, the Voting Rights Act of 1965, was recently rendered impotent in the Shelby v. Holder decision. Similarly, legislative efforts to further restrict access to the polls have increased with a wave of voter-identification laws being imposed throughout the country.

These courtroom and legislative battles have not taken place in a vacuum. They have been animated, informed, compelled, and—in the case of setbacks—resisted by voices in the streets, schoolhouses, and lunch counters, voices of protest and rebellion. The place names are the stuff of civil rights lore (or are becoming that): Selma, Greensboro, Little Rock and Ferguson.

Without the sit-in, the boycotts, the marches, and the uprisings, the legal and legislative battles would never or could never have been won. It was the Selma-to-Montgomery march for voting rights that brought the power of the people to bear on the local, state, and federal government. After the brutal beatings on March 7, 1965 or "Bloody Sunday," organizers sought court protection for a march from Selma to Montgomery. Federal Judge Frank M. Johnson, Jr., said:

Within six months, President Lyndon Johnson signed the Voting Rights Act of 1965, addressing the central demands of the marches. It was a decision baptized in blood.

Similarly, it was the movement that brought the US Supreme Court’s decision in Boynton v. Virginia to life. The Court had ruled that racial segregation on interstate buses and bus terminals was unconstitutional. However, the law went unenforced. It was the Congress of Racial Equality (CORE) led by James Farmer that organized the Freedom Riders. The riders, mostly Black but including some brave white folks, put their bodies on the line by riding integrated buses throughout the Deep South.
This activism is not merely a means to effect change in the law. Legal remedies for racial injustice are meaningless if they rest on societal systems steeped in latent prejudice and deep inequality. The struggle in the streets drives the fight against oppression not only in the courts and legislatures, but in the hearts and minds of those who endorse, perpetuate, or willfully ignore systemic racial inequality. 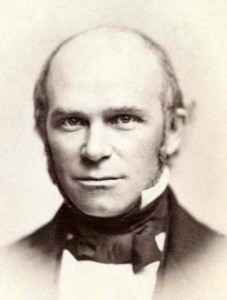 "I do not pretend to understand the moral universe; the arc is a long one…. And from what I see I am sure it bends towards justice."

If that is the case, and it surely is, then the blacksmiths of that arc are the organizers, the activists, the marchers, those sitting-in AND those litigating. It is these groups working in concert but led by the people in the streets, by the people most affected by racism and oppression, which create these historic victories for civil rights and social justice.

Today we see their progeny. It is the new civil rights movement, the movement for Black Liberation, #BlackLivesMatter. It has many names and many faces, but they are fulfilling the same roles as CORE, SNCC, Malcolm, Martin, Fannie Lou, and Ella. They are in the streets, in the courts, and on Twitter.

We should join them.

Carl Williams is a staff attorney and Rahsaan Hall is the Director of the Racial Justice Program at the ACLU of Massachusetts.