Massachusetts has a major mass incarceration problem. We lock up too many people, we sentence too many people to community supervision, and way too many of the people under the control of the Commonwealth’s criminal justice system are people of color.

An important nonpartisan effort to review the criminal justice system in Massachusetts, under the auspices of an organization called the Council of State Governments (CSG), presented proposed findings this week after more than a year of analysis. Unfortunately, as a result of a very narrow project scope, the CSG had little to say about the source of over-incarceration in the Commonwealth, or the solutions we need to fix the problem. Invited to Massachusetts by a quartet of the state’s most powerful political leaders, CSG was directed to significantly limit its work from the very start. Instead of looking at the whole criminal justice system, the effort focused only on the back end: reducing recidivism (in other words, repeat offenses). As a result, none of the policy proposals recommend reforms to divert people from entering the system in the first place.

That’s a non-starter. We need stern to stem solutions.

The time for real reform is now 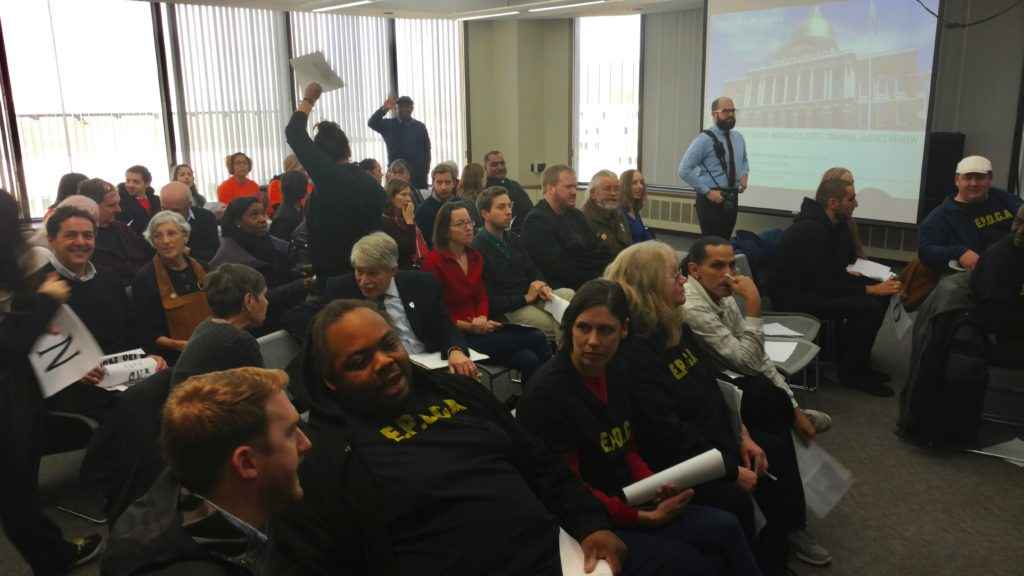 Reform advocates gather at the CSG meeting in December 2016

Last legislative session, the state Senate passed some modest but meaningful reform measures that began moving in the right direction. Looking ahead to the 2017-2018 legislative session, however, it’s clearly time for much more. It’s time for real reform – passed by both chambers and signed into law.

So, what would real reform look like? Real reform starts with repeal of mandatory minimum sentencing for drug offenses.

Mandatory minimum sentences have little to no rehabilitative value, they create barriers to people successfully reintegrating into society, and they are a primary driver of racial disparities in the criminal justice system. The single most effective way to reduce over-incarceration, racial disparities, and otherwise fix the criminal justice system is to repeal mandatory minimum sentences for drug offenses.

Real reform also includes decriminalization of low level offenses, and diversion and treatment programs as a meaningful alternative to incarceration. It includes bail reform that takes into account an individual’s ability to pay, restorative justice opportunities, more programming for people in prison, increased “earned good time” incentives to reduce long sentences, and presumptive parole. Finally, it has to include comprehensive data collection and analysis to address terrible racial disparities.

Unfortunately, most of this is beyond the scope of the CSG initiative. But why?

Denial is a river in Massachusetts

We also have a significant problem with racial disparities in the criminal justice system. Despite the fact that Blacks and Latinos only make up 8% and 16% of the Commonwealth’s population, respectively, we make up 54% of the prison population, and 75% of people serving sentences on mandatory minimum drug sentences. This racial disparity is one of the worst in the nation.

Nonetheless, law enforcement officials insist that there is no need to address mandatory minimum sentences, and call proposals to repeal such sentences a solution in search of a problem. They falsely argue that the only people serving sentences on mandatory minimum drug charges are “the worst of the worst,” drug traffickers. This is not true. There are ample real world examples to dispel the myth that only the worst offenders serve harsh drug sentences.

Moreover, this argument ignores the greatest damage wrought by mandatory minimums. It’s not simply that judges’ hands are tied. No, the biggest harm is that prosecutors use the threat of mandatory minimum sentences as leverage to exact plea deals. That’s how we fill our jails and prisons.

Only one of every three people charged with mandatory minimum drug offenses is actually sentenced to the mandatory term by a judge. The others—the vast majority—plead guilty to lesser offenses (at the discretion of the prosecutor) to avoid the risk of serving harsher, lengthier “mandatory” sentences, frequently without the possibility of parole. 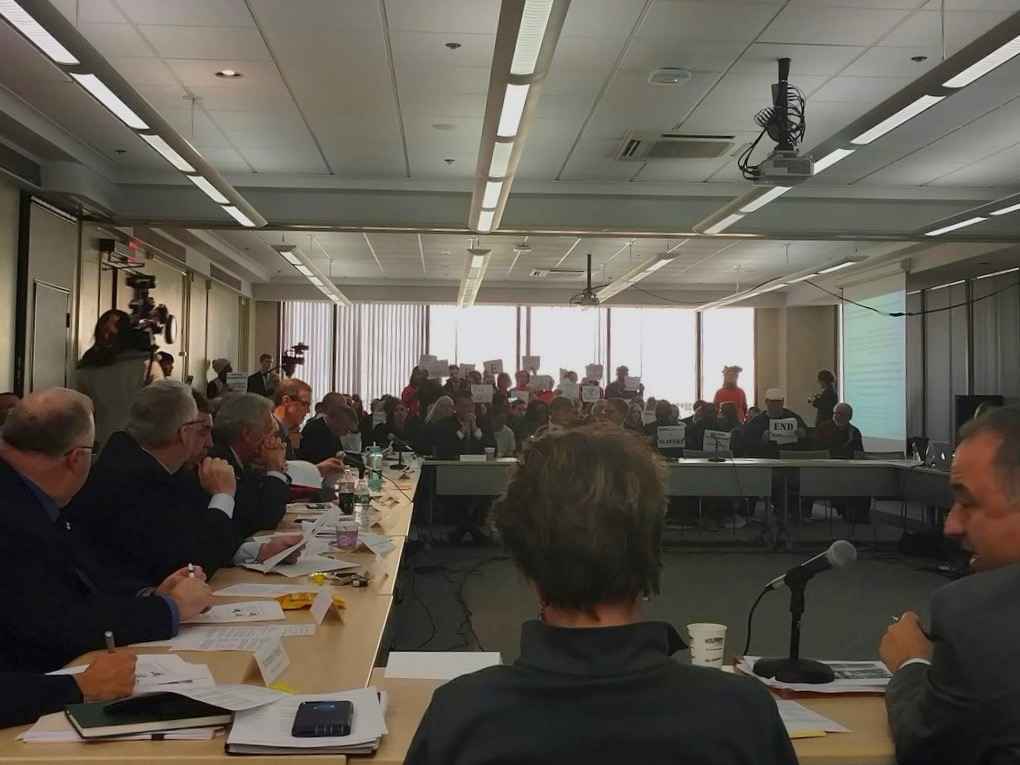 Social justice and civil rights advocates have long worked to improve the criminal justice system in the Commonwealth – to make it more just and more equitable, and to improve outcomes for individuals and entire communities. We have proposed a wide range of reform legislation to reduce incarceration and racial disparities, we have educated policymakers with facts and figures, and we have shared personal stories. We recognized the work that went into bringing CSG to Massachusetts and had high hopes for its evidence-based approach to reform. And while we raised concerns about the initiative’s limited scope from the beginning, we have waited it out. We have patiently seen the process through despite our frustration that substantial criminal justice reforms have been held up and delayed for the past two legislative sessions, awaiting the CSG proposals.

Indeed, we have respected the CSG process, and we respect its results. The Council of State Governments has done solid work in its narrow lane. Undoubtedly, their suggestions to increase programming for incarcerated individuals, provide oversight and support during reentry to the community, strengthen community supervision, and improve access to behavioral health supports are worthy of consideration. CSG researchers also identified the need and urged lawmakers to collect and analyze data on race, making it clear that Massachusetts collects and makes public insufficient data on race in our criminal justice system.

These proposals are fine, so far as they go. The problem is, they don’t go far enough.

Advocates and reform-minded legislators believe the CSG’s policy solutions simply don’t match the scale of the problems we face. Residents made it clear during the CSG meeting on December 21 that the reforms being considered are insufficient.

CSG must be only the first step toward real reform

When the state’s top leaders agreed to invite the Council of State Governments to come to Massachusetts, they developed consensus only around the need to reduce recidivism. We hope the intervening years, the CSG process itself, and the robust public discussion about the need for more comprehensive criminal justice reform have broadened their horizons and increased their appetite for real reform.

We’ve heard from some quarters that this is the first step in the process. Such statements must be more than mere platitudes. If policymakers pass legislation that is responsive only to the CSG recommendations, they will have failed the Commonwealth and its communities. We spend too much, incarcerate too many, and get too little in return.
Massachusetts is ripe for real criminal justice reform. In fact, we’re desperate for it. Tentative tinkering around the edges won’t suffice.

Rahsaan Hall is the director of the Racial Justice Program at the ACLU of Massachusetts.