From the Inside Out: The Faces of Mass Incarceration*

"We could choose to be a nation that extends care, compassion, and concern to those who are locked up and locked out or headed for prison before they are old enough to vote. We could seek for them the same opportunities we seek for our own children; we could treat them like one of "us." We could do that. Or we can choose to be a nation that shames and blames its most vulnerable, affixes badges of dishonor upon them at young ages, and then relegates them to a permanent second-class status for life. That is the path we have chosen, and it leads to a familiar place."

Michelle Alexander, The New Jim Crow: Mass Incarceration in the Age of Colorblindness

Mass incarceration has disproportionately removed generations of people of color from their communities. The resulting impact of politically motivated tough on crime policies created an exponential increase in incarceration rates nationally with a disproportionate impact on communities of color. The collateral consequences of the war on drugs and the growth of the carceral state ripple beyond the individual and reach deeply into their family and community. Efforts to combat mass incarceration through smart justice initiatives are often times met with a lack of empathy on the part of legislators and law enforcement officials.

In an effort to combat mass incarceration, the ACLU of Massachusetts has teamed with artist-organizer Eroc Arroyo to launch a photography and story-gathering project titled From the Inside Out: The Faces of Mass Incarceration* to change the narrative around mass incarceration and formerly incarcerated people in the Commonwealth of Massachusetts and specifically in Boston. Even though crime is committed at relatively similar rates regardless of race, Massachusetts incarcerates Blacks six times and Latinos almost four times more than Whites. Advocacy efforts to reduce the Massachusetts prison population and the racial disparities in that population through legislative reform are often met with trepidation. Legislators are regularly lobbied by law enforcement officials to maintain tough on crime policies despite the empirical evidence that proves the benefits and success of introducing restorative justice and smart justice reforms. 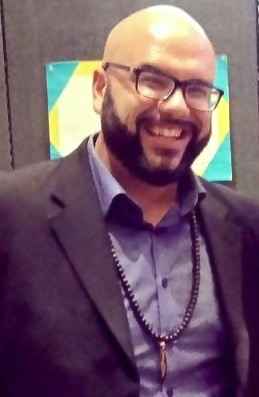 Artist and organizer Eroc Arroyo has teamed up with the ACLU of Massachusetts to tell the stories of the victims of mass incarceration through photography.

Unfortunately, legislators rarely hear the voices of those who are most directly impacted by mass incarceration: the individuals who have served their sentences but continue to face the insurmountable barriers to successfully reintegrating into society. Finding employment, a place to live or receiving federal student aid to enroll in school are all complicated by the presence of a criminal record. Lengthy terms of imprisonment due to mandatory minimum sentences present additional challenges due to the lack of access to rehabilitative, vocational or educational programing. Additionally, the exposure to extended stays in solitary confinement exacerbate existing mental health issues and in some instances contribute to the development of mental health issues.

Through the photography of artist and organizer Eroc Arroyo, From the Inside Out* will display the images and stories to be exhibited at art galleries, community spaces and in the halls of government. Through art and real stories, we will raise awareness about the challenges of mass incarceration, increase understanding and empathy for victims of mass incarceration, and introduce different groups of people to evidence-based criminal justice reforms. This will help us build a constituency for legislative and policy change to combat mass incarceration.

* From the Inside Out is a working title.

Rahsaan D. Hall directs the Racial Justice Program of the ACLU of Massachusetts.