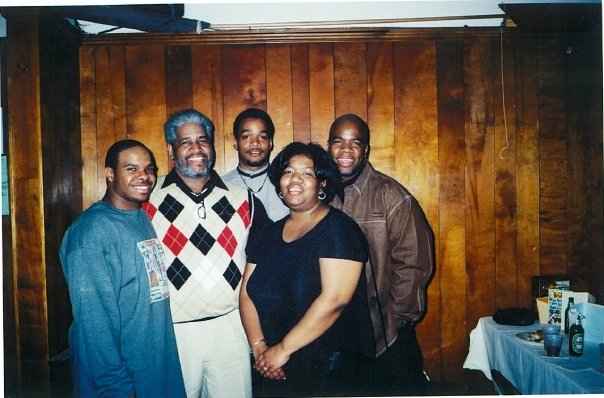 Framingham's MetroWest Daily News has called for justice and highlighted the importance of an independent investigation into the death of Eurie Stamps, shown above, second from the left, with members of his family. During a SWAT team raid five years ago today, a police officer shot and killed Mr. Stamps—an innocent, unarmed grandfather, who spent the last moments of his life obeying an order to lie face down on the floor of his own home.

Compared to other cases that the Black Lives Matter movement has brought to national prominence over the last two years, the Stamps case has received relatively little attention. Yet the case is no less outrageous, and, as the paper's editorial notes, "There has still been no justice for Eurie Stamps, no closure or compensation for his widow, his children and grandchildren, no real changes in public policy."

A pending lawsuit, Stamps v. Town of Framingham, might help bring accountability, but as the Daily News argues, "accountability shouldn’t require a lengthy, expensive civil suit by the survivors of the deceased."

Instead, the paper urges an independent investigation:

[T]he public would be better served by an independent investigation that considered whether proper police procedures and practices had been followed.

Until then, the ACLU of Massachusetts is helping with the Stamps family's lawsuit. One of our staff attorneys, Carl Williams—along with Julius Jones of Black Lives Matter Worcester—explain the  essence of the case in Stamps family deserves justice, an op-ed which also ran in the Daily News.
As Mr. Stamps's family says:

"We hope that the Federal Court will rule that our case can proceed to trial.  The officer who shot and killed Eurie—a dearly loved and missed member of our family—deliberately violated basic police procedure and training, putting Eurie’s life in severe danger even though Eurie was doing nothing but lying on the floor with his hands up. It would not only be an outrage for the court to accept his claim of “Immunity” because the officer didn’t intend to pull the trigger and kill Eurie, but it would also set a terrible and dangerous precedent for how courts will treat other claims of excessive force by police."