DAs and the power to prevent reform 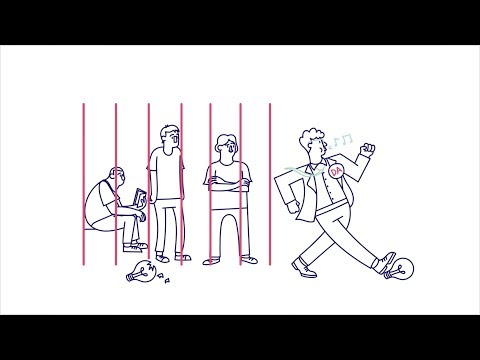 This blog was written by Rahsaan Hall, ACLU of Massachusetts' Racial Justice director and director of the What a Difference a DA Makes campaign. It was originally published on the campaign's website.

Every legislative session, criminal law reform advocates ask the legislature to pass progressive reforms to our criminal legal system that would make it fairer for everyone. But there is one group that has remained resistant to sensible reform: district attorneys.

One area district attorneys have consistently opposed reform is repealing mandatory minimum sentences for drug offenses. Mandatory minimums, despite having little or no impact on stopping crime, give DAs the power to make someone plead guilty by threatening them with a lengthy mandatory minimum sentence. If prosecutors did not have this tool, they would be forced to try more cases as people exercised their constitutional right to trial.

District attorneys have also objected to reforms intended to make the criminal legal system work fairly for everyone. They have opposed efforts to prevent young children from being arrested and prosecuted and reforms designed to limit the ways in which poor people get entangled in the system. For example, DAs have spoken out against lowering fines and fees that disproportionately impact poor people, as well as reforming the state’s bail system.

You don’t have to look far for examples of DAs using their power to prevent important reform.

After months of work by advocates, the Massachusetts Senate recently debated legislation that included many life-changing reforms to the state’s criminal legal system, like repealing certain mandatory minimums and ending excessive fines. During the debate, nine of the state’s 11 DAs issued a scathing public letter, criticizing much of the bill and stopping many reforms in their tracks. It is no surprise that the House’s version of the bill left out many of the important reforms, a clear result of the DAs influence over the legislative process.

With a tremendous amount of hard work, the ACLU and its allies convinced legislators to put many crucial reforms back into the final proposal. But that fight should never have been necessary.

The fact is, district attorneys consistently oppose progressive reforms, but support broad expansion of their own power, and over-criminalization of communities. They rely on fear-mongering and anecdotes of worst-case scenarios.

What do DAs support? They have fought to expand their ability to surveil residents through the state’s wiretap statute and have even tried to create new mandatory minimums to make it easier to imprison people with substance use disorders. This blocks efforts to increase resources for treatment and does not benefit public safety.

To make that system possible, we must elect district attorneys who fight for – not against – reforms. We need to learn about the issues and where our candidates stand. We must use our voices and our votes to elect DAs committed to decreasing incarceration, increasing safety, and strengthening communities.

Learn more about the power of district attorneys and get involved with the campaign by visiting DAdifference.org. You can also follow the campaign on Twitter: @DAdifference_MA.