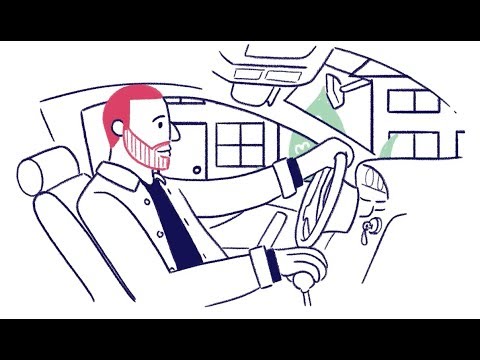 Please note that by playing this clip YouTube and Google will place a long term cookie on your computer.

In the United States, approximately 94 percent of all convictions happen because the accused plead guilty. This means that people charged with crimes rarely – if ever – go to trial. For some, this may be an indication that the system is working and that the guilty are being held accountable. But the truth is, it inhibits fairness and undercuts our constitutional guarantee of a right to trial before a jury of our peers.

But how attainable is that lofty notion of fairness in our justice system if only 3 percent of people charged with crimes exercise their right to a trial?

One of the biggest barriers to this is the use of mandatory minimums.

In Massachusetts District attorneys often use mandatory minimums to leverage guilty pleas. When faced with the prospect of serving a lengthy mandatory minimum sentence, a person may be more inclined to take the prosecutors’ offer of less time – regardless of their guilt or innocence. The reality is, the prosecutor only knows about a person’s criminal record and the charges before the court. They know nothing about what would be best for that person or what would address the issues that led to their arrest in the first place. Instead, prosecutors make a recommendation – that the person must accept or face a lengthy mandatory minimum sentence – based on past criminal history and an arbitrary determination of what a good sentence might be.

In the early 1970s, politicians began introducing mandatory minimum sentences to address what many perceived as an out of control crime problem. Instead of addressing the root causes of criminal activity in large, deindustrialized, poor Black communities, officials enacted a sentencing regime that would become the cornerstone of mass incarceration and the over-incarceration of Black and Latino communities. In the last several decades, our prison population has nearly quadrupled.

The Massachusetts District Attorneys Association – made up of the 11 district attorneys in Massachusetts – has consistently stated that they only use mandatory minimum sentences for drug offenses on the “worst of the worst.” This is just not true. District attorneys routinely pursue mandatory sentences, or threaten people with mandatory sentences, regardless of the seriousness of the offense. They do not use them sparingly or reserve them for the “worst of the worst.”

Mandatory minimum sentences reduce the ability of an individual to take advantage of programming. Recognizing that roughly 79 percent of incarcerated people will return home from prison someday, we need to ask ourselves as a society: who do we want those people to be – someone who has taken advantage of educational, training and treatment opportunities or someone who sat and served dead time without any programming? Historically, people serving a mandatory minimum sentence could not receive credit for good time, were ineligible for certain internal programs because of their sentence status, were ineligible for early release, could not participate in external Step-Down Programs, or be given furloughs to ease the transition back into society. This does not ultimately serve the needs of our communities.

Repealing some of the mandatory minimum sentences for drug offenses will help bring an end to a harsh sentencing regime that indiscriminately punishes people for low-level drug offenses who often need treatment.

Fortunately, some of the mandatory minimum sentences for low-level drug offenses have been repealed, but many remain in place and some new ones have been created. District attorneys fought the new, promising reforms because they recognize the tremendous power of mandatory minimums.

To realize a fairer justice system, we must elect district attorneys who fight for – not against – reforms including more repeals of mandatory minimums.

Want to learn more about where the candidates stand on this issue? Mark your calendar for the What a Difference a DA Makes Suffolk County Candidates Debate on June 7th or visit the campaign's events page for updates about debates in your district.

Rahsaan Hall is the director of the Racial Justice Program at the ACLU of Massachusetts.