Thanks to advocacy from the ACLU and thousands of messages from ACLU supporters to elected officials, the ACLU has scored two huge legislative wins on public records reform—the organization's top priority—and transgender equality.

JOIN OR DONATE TO THE ACLU TO SUPPORT THIS WORK!

On June 3, Governor Baker signed the public records reform bill approved last week by both the state Senate and House of Representatives. Carol Rose, executive director of the American Civil Liberties Union of Massachusetts, which led efforts to pass the reform, explained the bill's impact on government accountability. 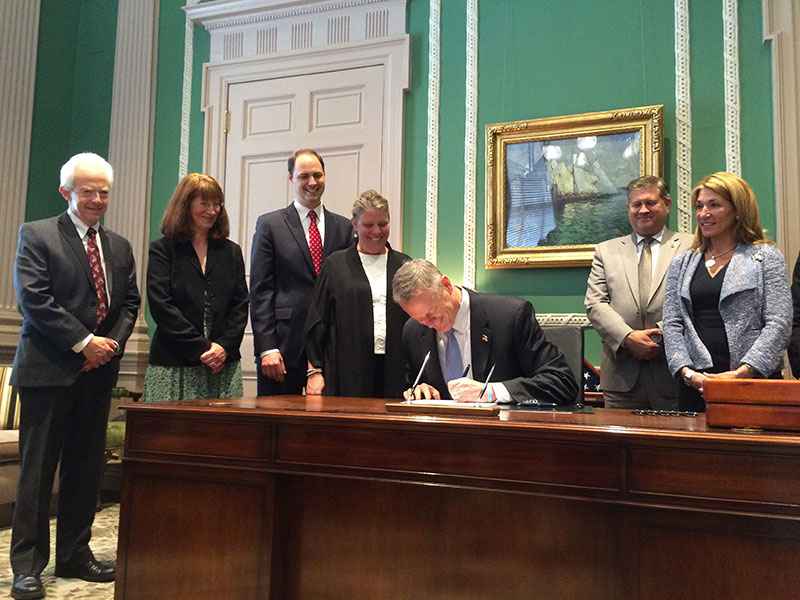 "For the first time in more than four decades, we finally have a real way for the public to enforce our state public records law. As in nearly every other state in the country, courts in Massachusetts will now have the power to make government agencies pay when they illegally deny access to information that rightfully belongs to the public."

Governor Baker also pledged to sign a bill, overwhelmingly passed by the state House in June and by the Senate in May, that would fully protect transgender people in public spaces—such as restaurants, movie theaters, retail shops, and public transportation—just as the law protects against gender identity discrimination in employment, credit, education and housing.

As states across the nation push for laws that criminalize transgender people, the ACLU of Massachusetts is proud to lead the way towards making Massachusetts a more welcoming and inclusive state.

Join our email list for breaking news and ways to add your voice, and give to support our ongoing work.

ICE Admits to Practice of Deleting Texts of Senior Officials