November could be consequential for transgender and nonbinary people like me

On November 6, votes cast in states and communities around the country could have a dramatic impact on the dignity, safety, and lives of transgender and nonbinary people.

Nowhere is this more clear than in Massachusetts. Question 3 is a referendum on a nondiscrimination law passed by a bipartisan supermajority and signed by Republican Governor Charlie Baker in 2016. A “yes” vote would keep the law, which prohibits discrimination against transgender people in public accommodations. This includes parks, bathrooms, gyms, restaurants, and hospitals — anywhere that isn’t a person’s work, home, or school. A “no” vote says that discrimination against transgender people is acceptable.

Without the nondiscrimination law, transgender and nonbinary people could be turned away from restaurants, stores and businesses, just because of who they are.

We have seen this at the municipal level before, but this is the first time a law explicitly prohibiting gender identity discrimination is being put to a statewide vote. It should be the last, but if we lose, we are likely to see similar attacks on existing protections for LGBTQ people throughout the country.

Since Obergefell, opponents of equality have turned their efforts toward blocking protections for transgender people, using the same fear mongering tactics — like railing against “predatory men in dresses” — they have used against the LGBTQ community in schools and legislatures for decades. Our opponents claim that acknowledging the dignity of a transgender person by allowing them equal access to our public spaces will make the world less safe — a widely disproven myth.

This fear makes me inclined, as a nonbinary person, to dodge issues relating to my identity — like gender neutral pronouns. But sometimes that’s not an option. No matter what bathroom I go into, for example, I risk harassment. Once, I walked into a women’s room and a woman at the sink told me I was in the wrong bathroom. She followed me to the stall, and waited outside while telling me she was going to call the manager. I was terrified and embarrassed.

Despite being proudly nonbinary and doing trans advocacy work professionally, I was keenly aware that I had violated gender norms and was paying the price. Like so many transgender people, all I could think about was my safety.

Nondiscrimination laws, like the ones that currently exist in Massachusetts, demonstrate that a state and its residents value the dignity, safety, and humanity of all people. No one should be turned away from places open to the public simply because of their gender expression.

I didn’t speak out in that moment, but I’m doing so now. We know that the best way to defeat our opponents’ lies is to familiarize people with our transgender family, friends, and coworkers. That’s how we won in Anchorage, when the community defeated an anti-transgender ballot measure earlier this year. And that’s what we’ve been doing in Massachusetts.

Throughout this campaign, I’ve told the story of that bathroom experience at voters’ front doors and on the phones. When we talk to them about the reality many transgender and gender nonconforming people experience, they understand that this law has made Massachusetts a better and safer place for everyone. They want their transgender friends, neighbors, and loved ones to have the same basic protections they enjoy.

Learn more about voting Yes on 3

In addition to Massachusetts, ACLU voters in every state have the opportunity to vote for equality for trans and nonbinary people. In recent years, we’ve seen more school boards move to protect all students’ right to learn by ensuring that transgender and nonbinary students have equal access to restrooms, locker rooms, and school activities. At the federal level, the Equality Act would fill significant gaps in legal protections, guaranteeing explicit and comprehensive nondiscrimination for LGBTQ people nationwide, as well as updating protections for women and people of color. House and Senate candidates should be asked if they stand with the 70 percent of Americans who support such protections.

Despite our opponents’ attempts to reduce transgender equality to a matter of restroom access, we know it’s about so much more. This is about treating everyone fairly. It’s about dignity and respect. I hope Massachusetts voters remember that when casting their ballots on November 6.

Every day across the nation, the ACLU is called on to defend all the freedoms guaranteed in the Constitution and the Bill of Rights. There's never been a more important time to support the ACLU and our effective work to protect civil liberties. If you like what you just read, help us continue to speak freely by donating today. 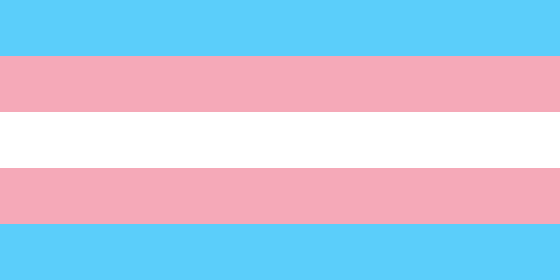