Celebrating a historic victory for transgender equality in Massachusetts 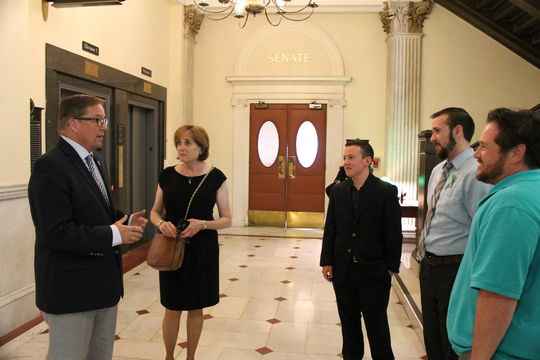 Legal equality is now a reality for transgender people in Massachusetts. Less than twenty-four hours after it landed on his desk, Governor Charlie Baker signed into law a bill expanding the state's non-discrimination protections to include transgender Bay Staters in places of public accommodations. This marks a historic moment as the Commonwealth becomes the nineteenth state to include gender identity in anti-discrimination law. We are proud to be among these ranks.

The ACLU of Massachusetts celebrates this momentous victory after more than a decade of advocacy for fully inclusive protections. The legislation received tremendous public support and bipartisan backing, resulting in an overwhelming majority in both chambers. We are grateful to the many legislators, businesses, organizations, and advocates who championed the bill. Most of all, this win is due to the bravery and resolution of transgender Bay Staters and their loved ones.

The passage of this bill comes at a time when many states are pushing legislation aimed at suppressing the rights of transgender people. These bills and the attitudes that come along with them have devastating consequences, particularly for transgender women of color. The ACLU of Massachusetts stands in solidarity with all trans people and remains committed to full nationwide equality.

Today, we celebrate. Tomorrow, we continue the fight.

November could be consequential for transgender and nonbinary...